The Power of Perception – Shift Your Perspective Using 4 Simple Questions 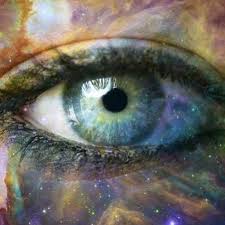 Our Mind Colours Our Perception of the World

When we perceive the world around us through our five senses, we quickly apply a label to that information in the form of a value judgement for instance good, bad, pleasant, unpleasant, true, false, right, wrong etc.

Sometimes, we react to what we see, hear and feel only to realise at a later point that our reaction was based on a mistaken perception – in psychology this is known as cognitive distortion.

Whilst out hiking, a piece of discarded rope might appear to be a snake, triggering the nervous system to activate the freeze or flight response. The unexpected appearance of someone in your personal space might trigger a hostile or fearful reaction as you perceive that person to be a threat.

Times of crisis and uncertainty heighten feelings of anxiety. Anxiety, by nature takes us into the future. It’s all too easy, especially in times of uncertainty to get caught up in imagining future scenarios; most of which are unlikely to ever happen. This in turn, diminishes our ability to process information and experiences in a rational way. If we don’t bring mindful awareness to our thoughts, we can find ourselves caught up in a cycle of perpetual future tripping which can wreak havoc on our nervous system and spiral us into one anxiety fuelled spiral after another.

Being aware of the mind’s tendency to distort what we experience empowers us to shift our response to a place of compassion and curiosity; as opposed to reacting from a place of judgment and fear.

Let’s think about how this plays out in our own lives. Reflect on the last few days or weeks and think about the following questions:

1. Have you had an interaction – whether face to face, via phone, email, message or online which has caused you to become triggered? (By triggered, I mean that the interaction provoked uncomfortable feelings and emotions for you such as frustration, anger, irritation, jealousy or sadness as examples).

2. After that interaction, did you create a ‘story’ in your mind about the person or situation? Be honest.

3. To what extent has your ‘story’ influenced subsequent interactions with that person(s)?

The vast majority of people answer “yes” to the first two questions. And, if they are being completely honest they’ll likely acknowledge that their “story” has influenced subsequent interactions. This happens a LOT. We all do it. So, go easy on yourself and resist the temptation to assign any judgment or shame!

You see, we human beings are hardwired to assign a ‘story’ to events which trigger feelings of fear, hurt and discomfort. It’s an evolutionary response. A by-product of having a nervous system that’s designed to constantly scan our environment for perceived threats to our safety and security.

Typical reactions when we are triggered may include ignoring the person(s), being sarcastic, rude, confrontational or even aggressive. You may recognise these responses in yourself and others.
Most of us default to the same modes of reacting when we are triggered. Our default response is rooted in behaviour patterns that we learned early on in our lives that were reinforced by family relationship dynamics that we experienced growing up.

But these reactions can be changed.

The good news is that we don’t have to be at the mercy of the mind and its drama! We can learn to intercept and re-programme our thought process to avoid making flawed judgements.

The next time you notice yourself being triggered; ask yourself the following questions:

Q2. Can I absolutely know that this is true?

Q4. How would I react if I didn’t hold this belief?

Asking these 4 simple questions when we notice ourselves being triggered enables us to circumvent habitual (and often unproductive) responses by bringing awareness to and sense checking our thought process before we respond. By bringing conscious awareness to our thoughts, we create the space between the stimulus (the situation or event that triggers us) and give ourselves opportunity to CHOOSE our response. We give ourselves chance to notice if we are making flawed judgments before we respond.

Doing this is hugely empowering and enables us to:

~ Bring awareness to the inherent flaws in our thinking in a curious and compassionate rather than a self-critical and judgemental way.

~ Stop distorted perceptions from gathering momentum and leading us down a path of unproductive responses and unnecessary drama which can jeopardise relationships with others and harm others’ perception of us.

~ Enhance our Emotional Intelligence by cultivating greater emotional control when we are triggered. Instead of allowing our primitive brain to hijack the show, we are able to choose our response.

This seemingly simple technique from Byron Katie can be a game changer in creating a state of harmony and centredness within ourselves and releasing us from the drama of the mind.

This website uses cookies to improve your experience while you navigate through the website. Out of these cookies, the cookies that are categorized as necessary are stored on your browser as they are essential for the working of basic functionalities of the website. We also use third-party cookies that help us analyze and understand how you use this website. These cookies will be stored in your browser only with your consent. You also have the option to opt-out of these cookies. But opting out of some of these cookies may have an effect on your browsing experience.
Necessary Always Enabled
Necessary cookies are absolutely essential for the website to function properly. This category only includes cookies that ensures basic functionalities and security features of the website. These cookies do not store any personal information.
Non-necessary
Any cookies that may not be particularly necessary for the website to function and is used specifically to collect user personal data via analytics, ads, other embedded contents are termed as non-necessary cookies. It is mandatory to procure user consent prior to running these cookies on your website.
SAVE & ACCEPT